In order to ensure a healthy mouth as well as overall health, the gum tissue that encircles each tooth must be healthy and free from infection (by harmful bacteria). When this gum tissue becomes infected by harmful bacteria, the attachment of the gum tissue to the tooth gets destroyed. This results in a deep pocket around the tooth where even more harmful bacteria can grow and cause even more damage. If you have deep pockets around your teeth, periodontal antibiotics may be the best option for curing this infection. Violet Buchanan, our hygienist near Long Island, carefully and strategically places periodontal antibiotics ( Arestin) in your gum pockets. These antibiotics fix (glue) themselves to the tissue lining the pocket, and through time-release technology, release the antibiotic to kill the bacteria. The use of a laser that vaporizes bacteria is another new technology service that we provide for Long Island. 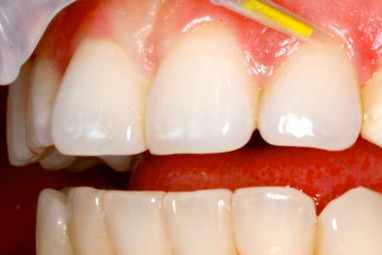 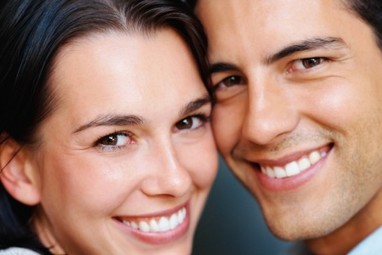 very professional and clean office. Everyone was very polite. I was taken care of immediately. Very knowledgeable, I walked out knowing more about my teeth and the way everything works then I have ever before from the dentist

I love the appointment reminder. Karen can't be sweeter and Violet is very thorough. I receive excellent care from Dr Patel.

Dr Patel is the MAN.

Nothing But The Best!

After several traumatic dental experiences in my teen years, (the last of which included having the entire roof of my mouth burned with 3rd degree burns) I was horrified of dentists. From the age of 18-29 I refused to see a dentist no matter how much my mouth hurt. But finally the inevitable happened. Due to intense tooth pain, I had completely lost the ability to chew on the left side of my mouth. Since I had lost the right side 3 months earlier, I was relegated to spicy V-8 and Jamba Juice for almost two weeks before I had to make a decision. Face my worst fear, or lose the sole reason for which I live, my ability to eat. I knew it was gonna be bad. X-rays showed I needed 3 root canals - sounds about right. But going in there I had a plan. Knock me the f out. Dr. Patel politely refused, siting multiple reasons why it would not be advisable, blah blah blah blah blah. But I persisted - no way, not gonna happen. I'm out of here. Anyways, I was pretty sure I could get by on liquids until the end of Shamrock shake season and hopefully by then my teeth would just fall out naturally. Finally, Dr. Patel offered a deal. If I felt any pain at all, he would immediately stop and put me under. Hunger pangs and visions of eating a Minetta Tavern black label burger stuffed with o-toro and McDonald's fries forced me to agree reluctantly. Eyes shut hard, mouth open wide, sweating, heart racing, left hand clutching the chair, right hand hovering near my face ready to knock the drill out of this guy's hand at the first sign of pain. The headphones which Dr. Patel suggested I wear, drowned out the sound of the drill...I could smell a little tooth smoke, but no pain. At least not for the first 20 minutes.... "Your done," he said. "What you mean like your done putting in the anasthetic?" "No. Procedure is finished. I'll see you in a couple weeks to put the crowns in." I'm not too big of a man to say that I teared up a little right then. That was the most joyful anticlimactic moment of my life. I don't know what kind of new fangled technology, dental grandmaster techniques he uses. Wizardry, Some real Harry Potter Gandolph stuff. That was 12 years ago. Since then, I have seen Dr. Patel ("Parag" as I call him now), multiple times. When he moved to L.A. for two years to teach Dentistry at USC Dental school I flew out there whenever I had teeth problems. When I moved to the west coast and he was back in New York, I did the opposite. For the last 3 years I have been living in Asia (hence not many Yelps lately) but I still will only see him. I am not wealthy, it's expensive to fly from Saigon to New York for dental work. But to me, it is a no brainer - there is no other option. America, you are lucky to have this man.

My experience has been outstanding

Since Dr. Patel has taken over my experience has been outstanding. He is caring, gentle and takes his time to explain what is going on with your teeth. He is honest and wants to do the best for his clients. The office looks cleaner and much better than before. I am 100% please with him and the staff. I would recommend him to my family and friends.

He was great, thorough and trustworthy. I'd absolutely recommend him.

Dr. Patel's expertise in dentistry is coupled with an authentic concern for his patients and their long-term oral health. His focus is on prevention and minimally invasive dentistry.
READ MORE

Save time: complete our new patient form before your visit.